1 Review
Favourite
Temple Status: New Building
The only Hindu temple in Manhattan. This Radha Krishna temple is in the tradition of Hare Krishna from India. Located on the 3rd floor of Bhakti Center building in Lower East side. Read more…
Video

1 Review
Favourite
Temple Status: Protected Property
Amenities:
Sri Radha Krishna-chandra Temple is one of the largest Krishna Hindu temples in the world. It is located at Rajajinagar, in North Bangalore in the Indian State of Karnataka. Read more…

Sorry, no records were found. Please adjust your search criteria and try again. 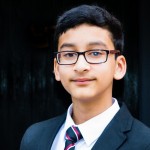 This store is used for testing purpose, all data/products are dummy data and for user testing. No order will be honoured and fulfilled. Dismiss

You have already reported this
Clear Clear All